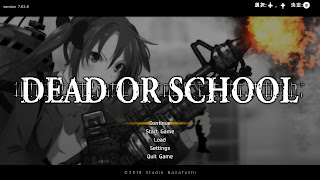 Though I hardly play them, I have nothing against indie games. A lot of indie developers bring out some innovative titles and reintroduces tried-and-true mechanics with a twist to the platform. Many established creators go indie because the big-name companies that once backed them lost their vision due to corner-cutting and corporate greed.

However, I'm oftentimes reluctant to offer my support to such entities in one form or another. Crowdfunding campaigns are often a gamble since there have been a sizable number of cases where the pitched game never comes to be, or ends up being total garbage. 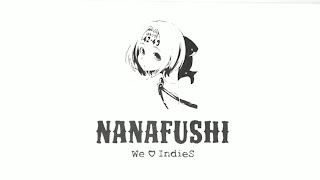 The only indie game that I ended up totally liking is this one: Dead Or School. Created by a studio called Nanafushi which is staffed by only three people, it combines hack-and-slash plus labyrinth exploration under a sub-genre dubbed "Metroidvania", combining mechanics of the two classics used in the portmanteau. The PC version was released last year, and there will be a PS4 and Switch port a month or so from now. 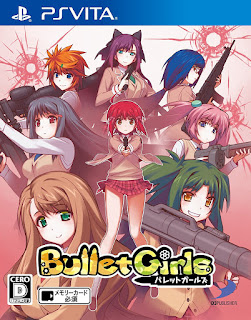 To the Western world, the Vita was deemed a failure, being unable to generate enough sales compared to its predecessor. In my eyes though, it's the best portable system I've ever had. Got it since day one and it has served me well for years. Plus many of the (Japan-made) games are just my type.

Bullet Girls happens to be one of them. In a nutshell, it's kind of like a mix of Senran Kagura and the anime Sabagebu! The concept of Japanese high school girls playing with guns is nothing new, but bullets from the weapons here hurt about as much as a flick to the forehead. The only real casualties are the clothes they are wearing. 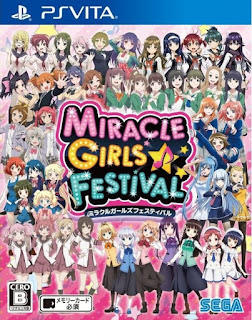 To be perfectly honest, I was growing totally weary of the Project Diva series. The earlier games up until F were fun even with those troll songs that were nigh-impossible to clear without using assist items, and they helped me a lot with getting over motion sickness. However, F 2nd took the trolling to a new level, requiring all songs to be cleared to plat, including the deadly ones on Extreme. That was the last straw that broke the alpaca's back. Dropped it and never played X.

Even so, I still wanted something to play that had elements that are completely similar or even just reminiscent of that system. Miracle Girls Festival was just what the doctor ordered: 100% Project Diva style, No troll songs, and has almost all of my favorite characters in one moelicious little package.

The Yukkuri has gone beyond just being an oddly-rendered Touhou Project character. Aside from it's given identity as a "my-pace manju", Yukkuri is commonly associated with videos and other media that utilize the Softalk freeware program.